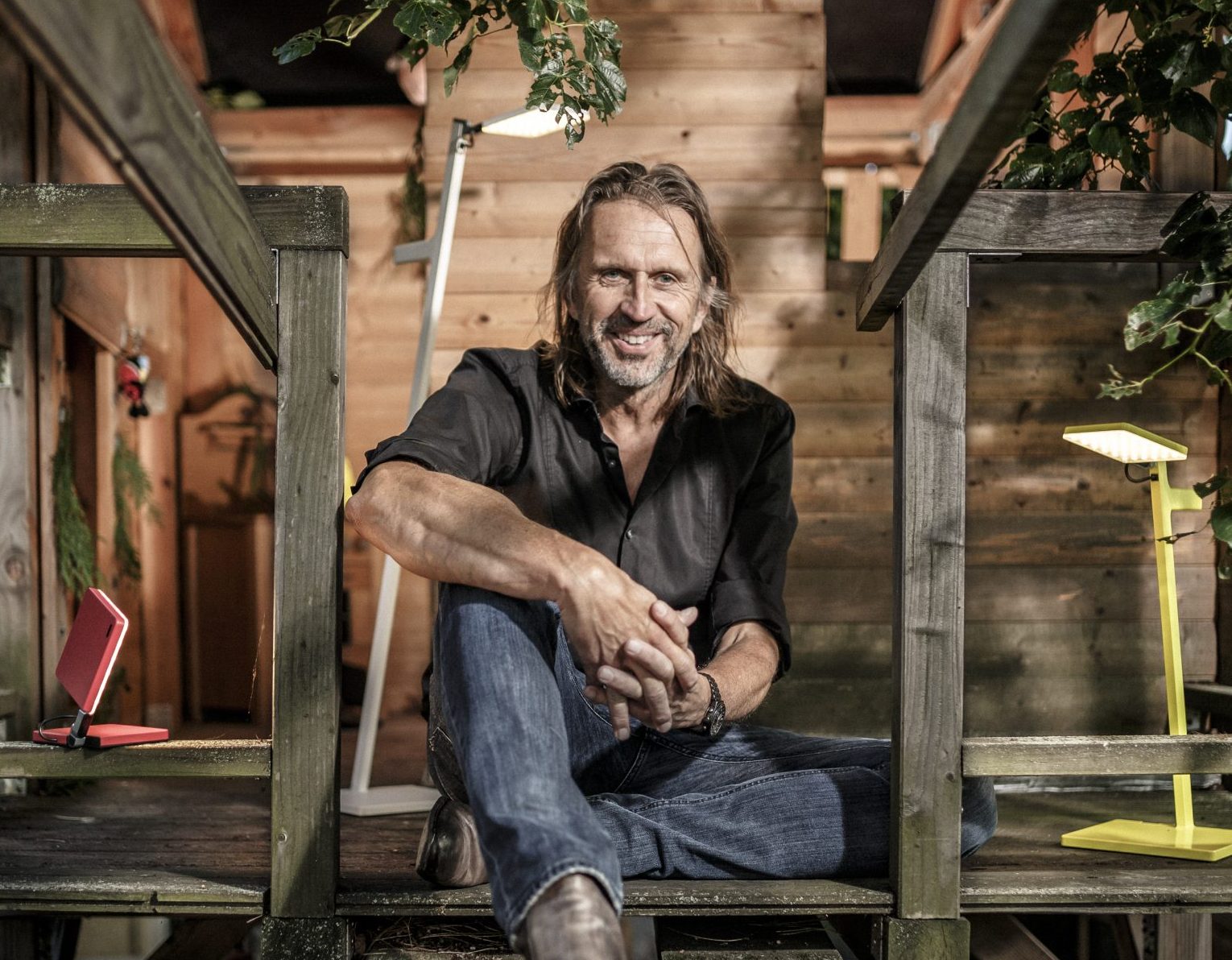 The birth of cableless light

“Whenever I required light on my terrace on a summer night and pulled my reading luminaire outside with difficulty, I thought of the development of cableless light”, says the Nimbus founder. “Or when I repositioned my floor lamp in the living room and the cable went across the room. The next morning my wife had to put the lamp back in its original position, so that noone tripped over the cable. This went on for years.”

The cableless light family is growing

But the crucial impulse came during the building of a tree house for his daughters. How nice would it be, he thought, if we could also si in the tree house when it’s dark outside. “I had to convince my electicians initially. When I came to them with the first draft, noone wanted to build the luminaire. So I built it myself during the course of a weekend.” Due to the slim power consumption of LED luminaires it is possible to achieve a high battery power with a small battery.

Nimbus founder and CEO Dietrich F. Brennenstuhl got the idea of cableless light when he built a tree house for his children.

The first cableless luminaire Roxxane Fly has been a great success since 2015. The compact luminaire resembles a butterfly, is available in four colours and shines for up to 20 hours without charging. In addition it can be docked on different kinds of surfaces due to its magnetic foot. The motto: “The light follows you“.

And this was not the last chapter of cableless light. After the launch of Roxxane Fly, the floor lamp Roxxane Leggera and the wall luminaire Winglet were launched. In winter 2018/19 the pendant luminaire Gravity will follow. Step by step, the cableless family grows.